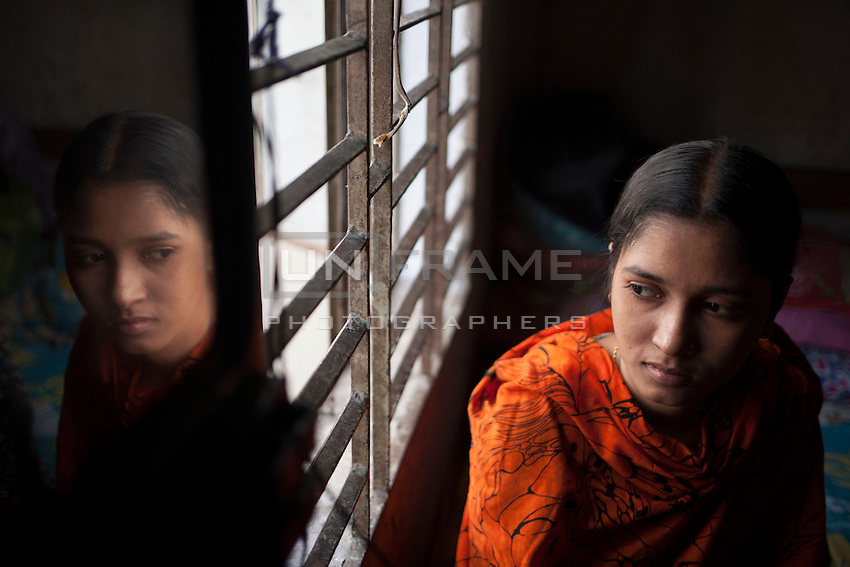 Asha (20), a survivor of Rana Plaza collapse still remembers the very day of the biggest disaster happened in the history of Bangladeshi garment industry. She, along with her aunt worked in a garment factory on the 5th floor of Rana Plaza. Seeing the cracks on the wall of Rana Plaza on the day before the collapse, she didn’t want to go to the factory to work but her aunt persuaded her to go. After the collapse, she was rescued from the debris but her aunt remained missing till the result of DNA test on the remains of unnamed dead workers came.
According to her parents, Asha became mentally imbalanced and talks to herself about the collapse when she is alone. She tried to commit suicide once and her parent never leave her alone ever since. She fears entering any multi-storied building and can’t sleep properly at night since the day she survived the collapse that killed 1138 workers in 2013.
Suvra Kanti Das, all rights reserved
Rana Plaza, collapse, Savar, Dhaka, Bangladesh, 2013, 24 April, garments, worker, death, Primark, mango, denim, building, Bangladeshi garments worker, man woman, protest, mourn, wall, kill, factory, life